Cake & Sprinkles will also offer a dessert café, a children’s play area and a mini-golf course

The Abu Dhabi Cultural Foundation has launched a pop-up space called Cake & Sprinkles, featuring a cafe, a children’s play area and the works of 25 Emirati and expat artists and creatives displaying their love for desserts.

The pop-up area also includes a mini-golf practice area, chess boards and interactive entertainment areas. It will be open to the public until August 31, when the scorching summer is expected to end; free entry. 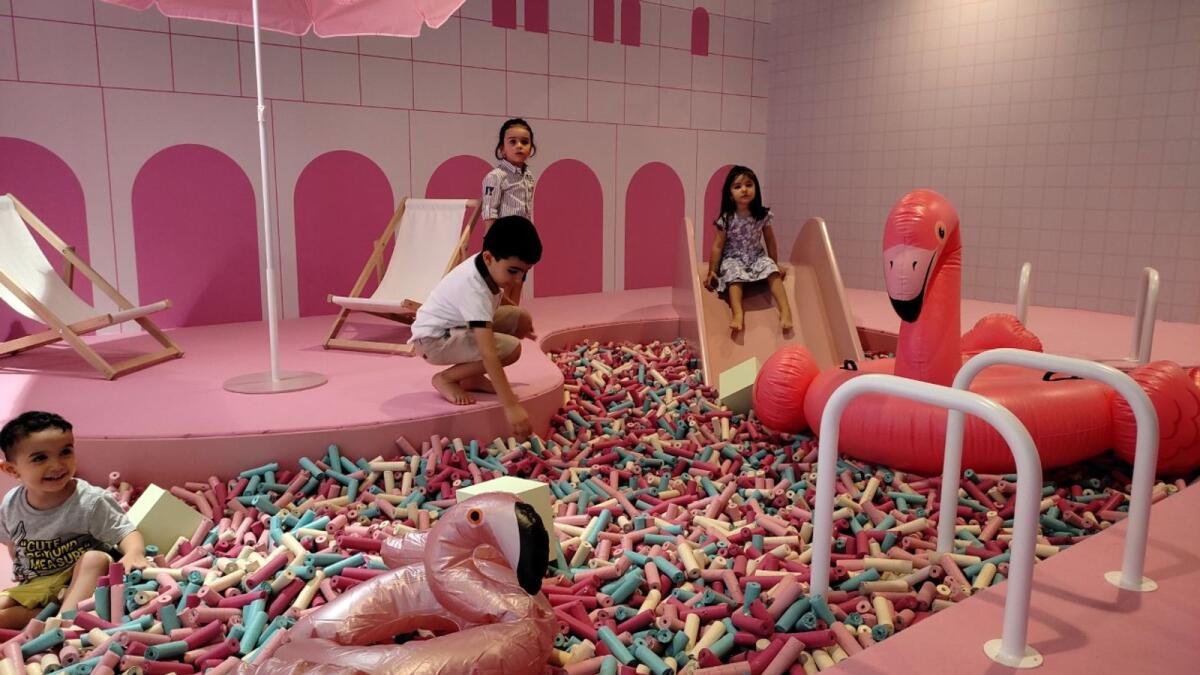 Sumayyah Al Suwaidi, head of the Cultural Foundation’s community program, said the concept for the temporary summer pop-up was inspired by Emirati artist Farah Al Qasimi’s “General Behaviour” exhibition, and that it is currently on display in the main hall of the Foundation.

“Farah Al Qasimi’s exhibition focuses on human behavior, going out, shopping and living habits. So I thought that such aspects could go into this pop-up, which is a complete activation for that adults and kids alike are enjoying the summer. It’s all about Farah Al Qasimi’s exhibit is about generic behavior about how we spend our money on aesthetics,” she told the Khaleej Times during an interview. a media preview.

Al Suwaidi, who organized the multimedia experience, noted that the initiative speaks of the generational gap between Farah Al Qasimi and Mohamed Al Astad, whose exhibition is presented on the first floor of the Foundation.

“At the Cultural Foundation, we like to have a complete history between everything we exhibit.” 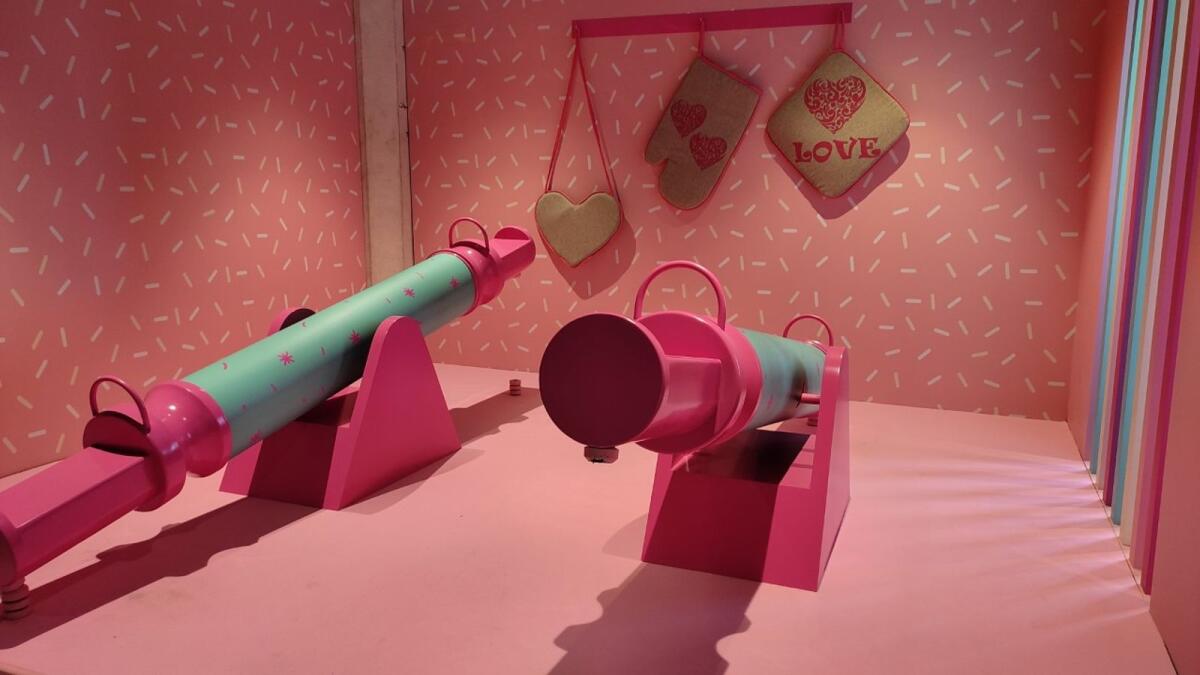 25 works by UAE-based artists on display

The pop-up space includes a café offering ice cream, cakes, soft drinks, coffee, milkshakes and more, with artwork curated by 25 emerging artists based in the UAE.

The displays include 13 light boxes from 12 illustrator artists and miniature mannequins from 13 creatives such as fashion designers, architects and interior designers. Each artist used their love for ice cream and their favorite flavors to create a miniature work of art. 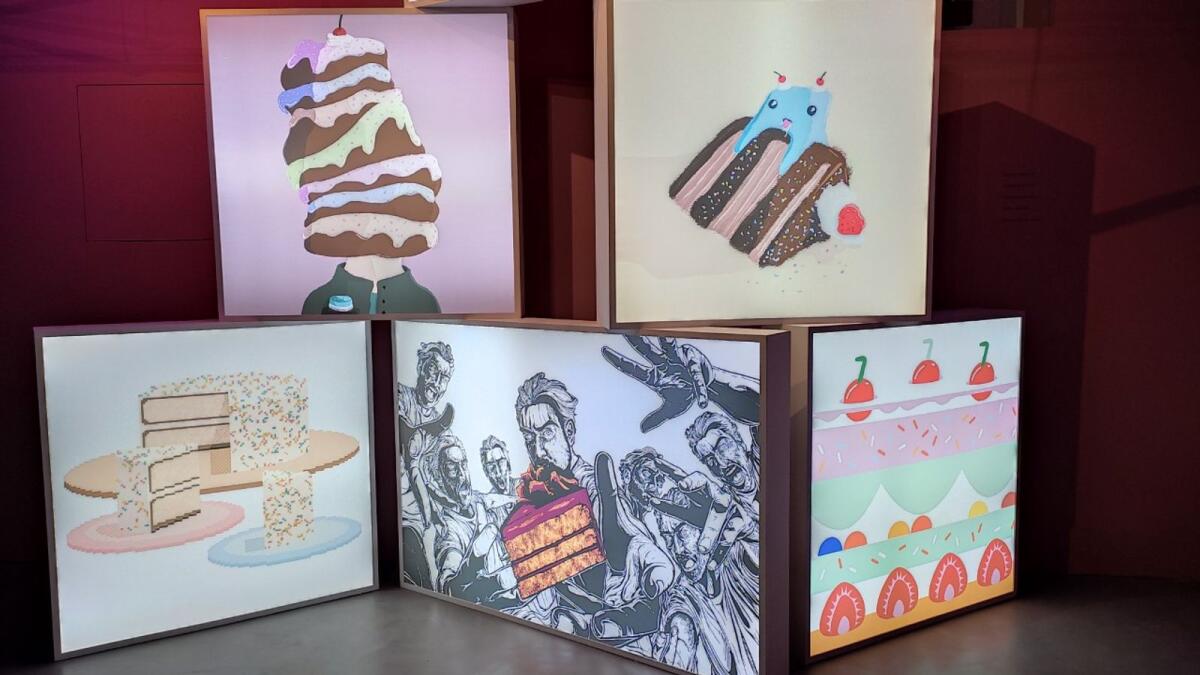 The idea, noted Al Suwaidi, is to create more engagement between artists and visitors.

Asim Mohamed, whose works are on display, feels lucky and happy to be part of the initiative.

“I usually mix calligraphy and play with Arabic letters. I did this in 3D. I’m learning new techniques,” said the 30-year-old architect.

“This is my second exhibition. I was following Sumayyah Al Suwaidi’s handle on social media and discovered this opportunity,” he said.